Nearly all modern metropolitan areas are awash in traffic congestion and concerns about safety. Well, it seems the one tool that state roadway planners and legislators have turned to for an effective and financially viable tool to address these concerns is ramp metering. Denver is actually taking the first step with a newer “on-ramp system” that feeds cars onto Interstate 25, when there is an actual gap in traffic and holds drivers back when there isn’t any access gap. The Colorado Department of Transportation (CDOT) plans to test out the new system between Ridge Gate and University before implementing the plan elsewhere.

“What they are going to notice on I-25 is that it will be flowing at highway speeds even during the peak hours when we have congestion now,” said Peter Kozinski, Director of CDOT’s Road X Program, adding, “This is a new concept never deployed in North America before.” 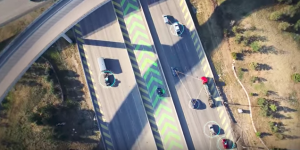 The following information about one facet of CDOT’s Road X Program was gathered in local news reports and from the CDOT website. Here is what the new $8 million on-ramp Road X Program will look like at a snapshot:

CDOT’s new on-ramp metering program is just a sliver of a larger Road X-Program, which is aimed at helping Colorado’s growth boom and already congested highway system. It is estimated that Colorado currently doles out $13 billion a year now for roadway crashes. CDOT’s Road X-Program is poised to assist in the following areas:

Have you or a loved one suffered an injury as the result of a car accident through no fault of your own? If so, contact a Boulder Car Accident Attorney at the Cederberg Law to fight for your right and any compensation for damages that may be owed to you, including medical bills, lost wages, pain and suffering, as well as other losses.

Call us at 303-499-0449 or email us using the contact form to learn more about our services. We offer a free initial consultation, as well as contingency fee options. Our lawyers also make hospital visits to make sure you have adequate access to the legal support you need.