It wouldn’t be the first time someone sued Pfizer Inc. for its male-enhancing drug, but a Florida man did just that on July 21 in St. Clair County Circuit Court. The plaintiff, Ernest Mike Cross, in the suit accuses Pfizer of unjust enrichment and breach of duty in that they failed to exercise due care when manufacturing and testing the drug.¹

This plaintiff’s case and more than 100 others are being transferred by a federal judicial panel to San Francisco for pretrial to be heard by U.S. District Court Judge Richard Seeborg. Nearly all of these case have been brought by men who have been diagnosed with melanoma or by the families of those who have died already from cancer.

What Are the Details and Allegations in the Viagra Court Cases? 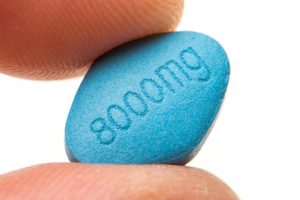 The following details and allegations were gathered in new reports as well as from court documents filed in court cases:2

“Viagra’s safety and efficacy have been studied in 136 clinical trials, and there is no reliable scientific evidence that the medicine causes melanoma. Pfizer stands behind this important medicine and intends to vigorously defend these lawsuits,” said Pfizer spokeswoman Neha Wadhwa in a written statement.

Have you been seriously injured or lost a loved one to a dangerous drug? If so, contact a Boulder personal injury lawyer at the Cederberg Law so we can evaluate your case to see what type of justice you can best be served by and get an idea what type of compensation you may be entitled to.

Since 2011, our respected professional lawyers have had many successful resolutions for clients, including high-paying decisions and in some cases punitive damages that go above and beyond normal court decision awards.

Let’s set up a free initial consultation at no obligation to you, by calling 303-499-0449 or email our firm using the form at the side of the screen.