When truck drivers apply for a job, they are generally given urine drug tests to evaluate whether they have used any illegal narcotics recently. These drug tests, however, are not sufficient, according to trucking advocates at the American Trucking Association (ATA). And their president and CEO, Bill Graves, recently sent a letter to Congress:

Why the Push for Hair Drug Tests for Truckers? 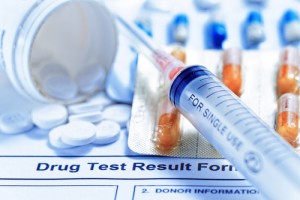 Whether hair drug tests for truckers should be allowed to replace urine tests is at the center of a controversy put before lawmakers, a Denver truck accident lawyer explains.

The reason that hair drug testing for truck drivers should be allowed, the ATA has explained, is that urine testing cannot accurately identify when drivers may have a more extensive history of drug use. That’s because, while urine drug tests can only determine whether someone has used certain drugs over the past 30 or so days, hair drug tests can go back as far as 90 days (and sometimes even more).

As ATA CEO Bill Graves explained in his letter:

[The] reason for using hair testing is laudable. Hair testing is an effective tool for identifying drug users due its long detection window and because it is difficult for donors to beat the test… Regrettably, the redundant cost of conducting both DOT urine tests and hair tests has deterred many fleets from adopting hair testing programs. Having hair testing as an accepted federal method of testing would give all fleets the option to do so, absent the need to conduct costly, redundant, urine tests.

The Push Back: The Trucking Industry & Unions Weigh In

In particular, the concern is that people who have been exposed to drugs – but have not necessarily used them – along with those who have more melatonin in their hair, could have false positives on hair drug tests, putting them at a remarkable and potentially illegal disadvantage during the hiring process (and beyond).

As lawmakers continue to review this issue and work on making a decision, we want to hear from you. Tell us where you stand on this issue on Facebook & Google+.

If you or a loved one has been injured in a truck accident – or if you have lost a loved one in a motor vehicle accident, contact a Denver truck accident lawyer at Cederberg Law to find out more about your best options for financial recovery.