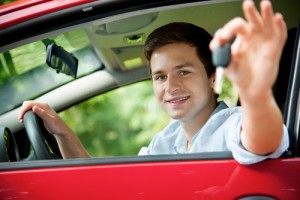 Commenting on these findings, AAA Director of State Relations, Jennifer Ryan, has stated:

While great strides have been made to improve the safety of teen drivers over the past 20 years, motor vehicle crashes still remain the leading cause of death for drivers aged 15-19, so advocating on behalf of teen driver safety remains a top priority for AAA.

In fact, after analyzing decades of police reports for traffic accidents caused by teen drivers, researchers found that:

In the conclusion of this study, researchers noted that:

While the number of teenage drivers involved in crashes has decreased substantially over the past two decades, teenage drivers as a group still have much higher crash rates than middle-aged and older drivers, and the impact of crashes involving teenage drivers continues to extend well beyond teen drivers and their passengers.

What do you think about this study’s finding regarding teen driver crashes? Post your comments on our Facebook & Google+ pages.