Skip to content
Home/Study Ranks Areas in the U.S. with the Worst Traffic Jams
Previous Next

Study Ranks Areas in the U.S. with the Worst Traffic Jams 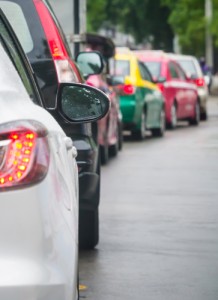 Traffic is frustrating wherever it arises. For regular commuters in some of the biggest cities in the nation, however, sitting in traffic can be costing them a lot of money and time – and, in the bigger picture, it is costing the U.S. significantly on annual basis.

Looking to evaluate just where the biggest traffic problems in the U.S. are – and just how much they are costing Americans – researchers at the American Highway Users Alliance (AHUA) recently ranked the worst traffic jams in the nation, based on their analysis of various data collected by federal regulators (including crash and speed data from the Federal Highway Association, various states’ departments of transportation (DOTs), etc.).

And here’s what they found…

Where Commuters Face the Worst Traffic

While the study went on to rank the top 50 worst traffic jams in the U.S., researchers pointed out, in the conclusion of this study, that if the right efforts were made to address and resolve the top 30 traffic bottlenecks in the U.S.:

If you or a loved one has been injured in a car accident – or if you have lost a loved one in a motor vehicle accident, contact a Denver car accident by calling us at 303-499-0449 or by emailing us using the form at the side of the screen.