Skip to content
Home/Stoned Drivers Targeted by CDOT’s Drive High, Get a DUI Campaign
Previous Next

While thousands of people will be celebrating the 4/20 weekend by enjoying recreational marijuana, CDOT officials hope that their message – Drive High, Get a DUI – will hit home and remind drivers that:

Remarking on this effort, CDOT Communications Manager Sam Cole stated, “With the legalization of marijuana in Colorado, we have a responsibility to pioneer marijuana education campaigns to keep our roadways safe.”

Drive High, Get a DUI: Background on the Campaign 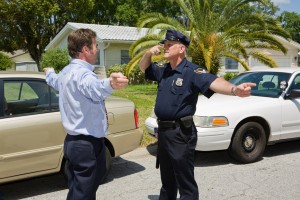 A Denver car accident lawyer takes a look at CDOT’s Drive High, Get a DUI campaign, which is going into its 2nd year of enforcement.

Launched for the first time last year, CDOT’s Drive High, Get a DUI campaign is intended to inform motorists that:

While last year’s campaign was centered on the airing of various public service announcements (PSAs) and media commercials, this year, CDOT is stepping up these campaign efforts by:

Drugged Driving in Colorado: The Statistics

To underscore just how important the CDOT Drive High, Get a DUI Campaign is, CDOT has released some statistics regarding drugged driving accidents in Colorado. These stats are for 2012 (the most recent year for which complete data is currently available):

This Colorado data seems to be backed up by national drugged driving stats, which reflect that (according to the National Highway Traffic Safety Administration, NHTSA):

Have you been hurt by a drunk or drugged driver? If so, it’s time to contact a Denver car accident lawyer at Cederberg Law to find out more about your best options for financial recovery.