Skip to content
Home/Reducing Bicycle Accidents with Bike Lanes: A Look at the Facts (Pt. 2)
Previous Next

Reducing Bicycle Accidents with Bike Lanes: A Look at the Facts (Pt. 2)

Picking up from where we left off in Reducing Bicycle Accidents with Bike Lanes: A Look at the Facts (Pt. 1), here we will resume our discussion regarding the ways in which bike lanes may save lives, benefiting the commuters in a city, as well as the city itself.

Reducing Bicycle Accidents Is Not the Only Benefit of Bike Lanes…

While the substantial safety benefits of adding bike lanes to busy roadways should be enough to compel transportation authorities to seriously consider adding more bike lanes on the busiest city thoroughfares in Denver (and in other urban centers), there are some other significant benefits that bike lanes can provide to a city. 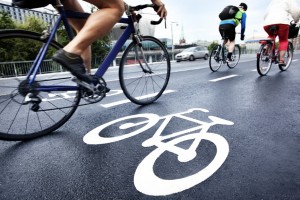 While bike lanes can reduce the incidence of bicycle accidents and offer other benefits, if these accidents do occur, injured people can count on Cederberg Law for help getting the compensation they may deserve.

Specifically, in addition to reducing the number of bicycle accidents that occur on a city’s busiest roads, bike lanes can also generate various economic benefits, only some of which reportedly include the following:

The bottom line seems to be that bike lanes bring various safety and economic boons to the cities that have them. While these features may not completely eliminate the incidence of bicycle accidents, they do seem to result in a direct reduction of bicycle accidents, which is undoubtedly the best benefit to installing bike lanes on busy urban roadways, as it saves lives.

Since 2011, our esteemed legal professionals have been successful at securing results and compensation for people who have been seriously injured in bicycle accidents and other types of traffic accidents. Having handled countless cases, our attorneys have a deep understanding of the law, as well as the legal experience you need, and we can fiercely defend your rights in any legal setting.