Skip to content
Home/Reducing Bicycle Accidents with Bike Lanes: A Look at the Facts (Pt. 1)
Previous Next

Reducing Bicycle Accidents with Bike Lanes: A Look at the Facts (Pt. 1)

Bicycle accidents – particularly when they involve motor vehicles hitting riders – can have catastrophic if not deadly consequences. While factors like driver (or possibly even other riders’) negligence may be to blame for many bicycle accidents, some recent studies have found that having bike lanes on particularly busy roads may be the key to:

In this two-part blog series, we will highlight some interesting findings of studies regarding the benefits of bike lanes, specifically as they can improve the safety of commuters on busier roadways in urban areas.

Although such findings may eventually inspire the addition of more bike lanes throughout Denver and other busy Colorado cities, if bicycle accidents do end up taking place and hurting riders, injured people can rely on a Cederberg bicycle accident attorney at Cederberg Law to help them hold the negligent parties responsible so they can get the compensation they likely deserve. 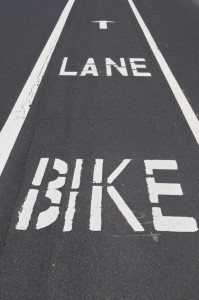 As many as 50 percent of all bicycle accidents could be prevented on highly traveled roadways when bike lanes are added and riders use these lanes.

A number of different studies conducted by transportation regulators, researchers and safety experts have underscored the safety benefits of adding bike lanes to highly trafficked roadways, especially in cities in which there are a lot of motorists commuting on a daily basis.

The following are just some of the fascinating findings of these studies (only some of which include studies by the New York Department of Transportation and the American Journal of Public Health):

For our continued discussion of the benefits of bike lanes, be sure the check out the conclusion to this blog series that will be posted soon.

Denver Bicycle Accident Lawyer at Cederberg Law: We Are Here For You