While red light cameras can be effective at getting motorists to not run red lights at intersections, the Insurance Institute for Highway Safety (IIHS) has reported that these cameras do, in fact, increase the incidence of rear-end collisions at intersections. 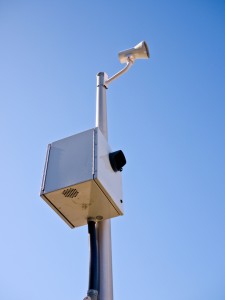 Studies reporting that the use of red light cameras at intersections increases the incidence of rear-end collisions have led to the call to ban these cameras in Colorado.

Specifically, various research and studies have found that the use of red light cameras at intersections can:

Although some regulators have tried to argue that the use of red light cameras reduces the number of overall motor vehicle accidents at intersections, critics remain skeptical and have pointed out that:

Such critics have been the driving force in trying to get a ban on red light cameras enacted in Colorado.

Unfortunately, however, the latest efforts to get this ban passed were shut down at the end of last month (April 2014), as lawmakers gutted the proposed ban by changing the bill into a study on whether red light cameras should be banned. As this controversy persists and more studies are conducted regarding the role of red light cameras in causing car accidents, support for the ban may continue to grow and eventually persuade lawmakers to pass a red light camera ban in Colorado.

If you or a loved one has been injured in a car accident – or if you have lost a loved one in a motor vehicle accident, contact the Boulder car accident lawyers at Cederberg Law by calling us at 303-499-0449 or emailing us using the form at the side of the screen.

Since 2011, our esteemed legal professionals have been successful at securing results and compensation for people who have been seriously injured in car accidents and other types of traffic accidents.

Having handled countless cases, our attorneys have a deep understanding of the law, as well as the legal experience you need, and we can fiercely defend your rights in any legal setting. In fact, while we are aggressive litigators in court, we are also skilled negotiators outside of court. This makes our trusted lawyers a formidable force that will not back down until you secure the maximum possible compensation for your injuries, expenses and losses.