Skip to content
Home/Toys Too Terrible to Tolerate: Ranking the Most Dangerous Toys for Kids
Previous Next

Toys Too Terrible to Tolerate: Ranking the Most Dangerous Toys for Kids 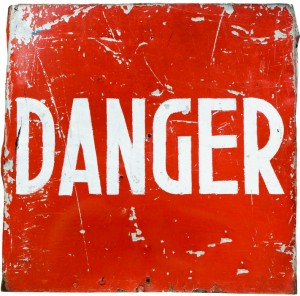 A look at some of the most dangerous toys for kids

Every three minutes, a child is treated at a U.S. emergency room for a toy-related injury, according to a recent study published in Clinical Pediatrics. While some of these injuries can result from improperly using toys or not having the right safety equipment, in other cases, the faulty designs of toys, toxic materials or improper instructions can cause kids to get hurt by toys.

To help protect your children and reduce their risk of sustaining a toy-related injury, below are some rankings of the most dangerous toys for children, according to various researchers.

More Dangerous Toys for Tots: Unsafe Grades for Toys By Type of Toy

In terms of most dangerous toys by type, the following is a list compiled by researchers at HealthGrove, based on their analysis of data from the U.S. National Electronic Injury Surveillance System:

The Consumer Product Safety Commission (CPSC) is the U.S. authority responsible for overseeing toy recalls. Fortunately, their toy-related recall and injury data seems to indicate an encouraging trend in toy safety, as there have been fewer toy recalls in recent years.

If your child has been injured by a dangerous toy – or if you have been harmed by any dangerous or defective consumer product, contact a Boulder personal injury lawyer at Cederberg Law to find out more about your best options for financial recovery.

Call us at 303-499-0449 or email us via the contact to meet with us at no cost or obligation to you. In addition to offering free initial consults and contingency fee options, our lawyers make hospital visits to ensure that you have access to the legal support you need – whenever you need it.