Skip to content
Home/Random Drug Testing for Truckers Will Stay at 50% Rate in 2015, FMCSA Announces
Previous Next

Random Drug Testing for Truckers Will Stay at 50% Rate in 2015, FMCSA Announces

Federal trucking regulators have recently announced that, in 2015, the rate of random drug testing for truckers will be maintained at 50 percent. While drivers of tractor-trailers, buses and other qualifying commercial vehicles will continue to face the same rates of randomized drug testing this year, officials at the Federal Motor Carrier Safety Administration (FMCSA) have noted that their decision to not change drug testing for truckers has been based on:

Findings from Past Drug Testing for Truckers 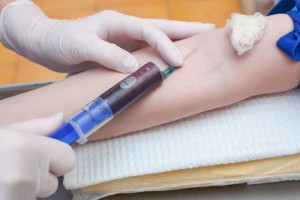 Randomized drug testing for truckers will remain at a rate of 50 percent in 2015, the FMCSA recently announced. Here’s why. Contact us if you’ve been hurt in a truck accident.

Taking a look at the following findings from the above-noted FMCSA data can shed some light on how federal trucking regulators came to their decision to maintain the 50 percent drug testing for truckers in 2015:

Have you or a loved one been injured in a truck accident – or in any type of motor vehicle accident? If so, it’s time to contact a Denver truck accident lawyer at Cederberg Law to find out more about your best options for financial recovery.

Having overseeing countless cases in their 35 years’+ experience, our attorneys have a deep understanding of the law, as well as the legal experience you need, and they can fiercely defend your rights in any legal setting.