There’s probably no more controversial issue on Americans’ lips these days than gun control and gun safety. And, with every intentional or accidental shooting death, the call to action to ban guns and penalize the gun industry increases. So, not surprisingly, when a 15-year-old Woodland Park girl died from an accidental shooting on March 1, 2014, the outcry was resounding. But, whose collective head was going to roll was the biggest question. Well, now we know.

Two years from the very date of her death, a wrongful death lawsuit was filed in Colorado’s U.S. District Court on behalf of the parents, Robert and Christina Watson, against three firearms industry companies, claiming they all bear some sort of responsibility for the teenager’s death.

Meet the Defendants and the Allegations 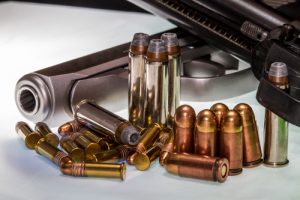 “Who done it?” comes to mind when reading about the wrongful death lawsuit and investigation on Guns.com. The complaint names the defendants as Remington, Browning, Vista Outdoors and several of its subsidiaries as responsible parties in the girl’s death.

The following is a chronology of events and allegations that the plaintiffs are using to support their case:

“The problem is the gun was still in the holster, and it was found under her body,” Paul Gordon, the plaintiff’s attorney, told Guns.com in an interview on Wednesday, March 10, 2016. “And the trajectory of the bullet was such that it was clearly fired by someone with the gun in their right hand, but she’s left-handed. So that’s what gets the mystery started.”1

What the Family Seeks for Settlement

The deceased girl’s family is bringing the lawsuit to trial and seeking damages for the following:

If you or a loved one has been injured or died in an accidental discharge from a firearm and it was no fault of your own, contact a Boulder wrongful death lawyer at the Cederberg Law to find out more about your best options for financial recovery. To meet with us at no cost or obligation to you, call 303-499-0449 or email our firm using the form at the side of the screen