Over the past six years – and nearly 2 million miles of driving tests, Google’s self-driving vehicles have been involved in 14 accidents. In the latest collision, which occurred in Mountain View, California, however, the involved vehicle occupants became the first people to be injured as a result of a self-driving car accident.

How the Accident Occurred 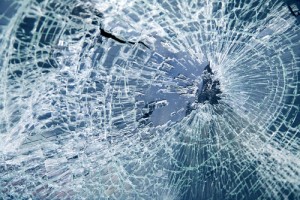 Although the Google self-driving car was in its first injury collision recently, this accident may bring new opportunities for safety, a Denver car accident lawyer explains.

According to Google, the self-driving car accident occurred on July 1st when the Google car, a Lexus SUV equipped with various sensors and cameras, was slammed into from behind by another motorist. The Google vehicle had reportedly been stopped at an intersection with a green light, unable to proceed due to congestion in the intersection. The driver tailing the Google vehicle was reportedly traveling about 17 mph immediately prior to the impact and had failed to stop as a result of being distracted.

The three Google employees who were in the self-driving car, as well as the driver of the other vehicle, only sustained minor injuries, including whiplash, according to Google. Additionally, while the other driver’s vehicle lost its bumper in the collision, only minor damage had been done to the self-driving car.

This accident, similar to all of the previous self-driving car accidents, was caused by another motorist’s errors, Google has pointed out. Specifically, the head of Google’s self-driving car program, Chris Urmson, has stated that:

Other drivers have hit us 14 times since the start of our project in 2009 (including 11 rear-enders), and not once has the self-driving car been the cause of the collision… Instead, the clear theme is human error and inattention. We’ll take all this as a signal that we’re starting to compare favorably with human drivers.

This has led Urmson’s team to start focusing on whether there may be additional safety features they can add to their self-driving cars in order to try to mitigate the errors made by other drivers. One idea has been to develop some type of alert system, such as automated honking, to try to warn other motorists of an impending collision when they are distracted.

What do you think about this collision and Google’s response to it? Sound off on our Facebook & Google+ pages.

At Cederberg Law, you will not be handed off to a paralegal or assistant. You will receive personal attention and professional service from an experienced lawyer who cares about you, who is dedicated to providing you with superior legal services and who will work diligently to help you obtain the best possible outcome to your case.