Skip to content
Home/First 6 Months of 2015 See a 14% Rise in Traffic Accident Deaths in U.S., NSC Reveals
Previous Next

From January to June of 2015, there has been a remarkable surge in fatal traffic accidents in the U.S., safety advocates at the National Safety Council (NCS) have recently reported. In fact, when compared to data for the first half of 2014, the finding has been that traffic accident deaths this year have increased by about 14 percent, rising from 16,400 in 2014 to 18,630 in 2015. 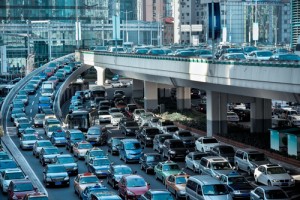 From Jan to June 2015, there was a 14 % increase in traffic accident fatalities and a 30% spike in auto accident injuries, a Denver car accident attorney explains.

Tragically, this is not the only shocking statistic that NSC officials have discovered in reviewing traffic accident data for the first half of this year.  They have also reported that, over this same period of time (and when compared to data from 2014):

Such findings are leading some to speculate that 2015 is on pace to become the deadliest and most dangerous year for motorists since 2007.

Commenting on these initial findings, Deborah A.P. Hersman, president and CEO of NSC, has stated:

Follow the numbers: the trend we are seeing on our roadways is like a flashing red light – danger lies ahead…Be a defensive driver and make safe decisions behind the wheel. Your life really depends on it.

Why the Surge in Traffic Accident Deaths & Injuries?

As researchers continue to gather and analyze data regarding traffic accidents in 2015, some have pointed to the following factors as being likely contributors to the spike in motor vehicle accidents, injuries and deaths this year: