Anyone who’s spent any time driving around Boulder and the surrounding area knows the roads in the foothills can be treacherous, especially when you have to navigate around a swarm of recreational and professional bicyclists. Even Lance Armstrong is known to have trained in the area prior to some of his seven Tour de France competitions and subsequent victories, which he was stripped of for admitted doping. Unfortunately, one of Boulder’s own residents and former pro cyclists had a collision with a flatbed truck on Flagstaff Mountain and lost an arm as a result.

The accident occurred on Flagstaff Road above Boulder. A group of nearly eight cyclists were heading eastbound at a pretty high rate of speed downhill on Flagstaff, when the victim impacted with a westbound flatbed truck, according to Colorado State Patrol (CSP) Cpl. Shawn Wycoff in a Daily Camera article.1

Details of the Ex-Pro Cyclist and Truck Accident 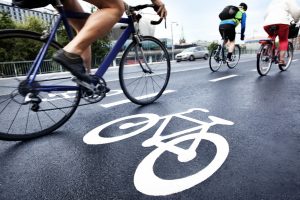 Wycoff reported that the cyclist hit the truck bed, which completely severed his arm. Local emergency personnel transported the victim to a nearby hospital operating room, and latest reports are the victim will survive.

CPS detained the 38-year-old truck driver at the scene for questioning, but he apparently cooperated with authorities concerning the accident and was released.

As a side note, the U.S. Doping Agency banned the former pro cyclist, who was involved in the accident, from competition in 2011 after evidence turned up that he had purchased the blood doping drug EPO.

Ongoing Investigation and Discussion of Negligence

CSP is conducting an ongoing investigation, but so far has not leveled any charges or served any citation to the truck driver. Mountain driving in Colorado can be risky, and it requires skill and caution on the part of commercial truckers.

It is still unclear what if any negligence may have occurred. Generally, the sort of qualified signs that negligence contributed to a truck accident can include things like:

If you or a loved one has been hit by a commercial truck or vehicle, and it was the driver’s fault, contact a Boulder car accident lawyer at the Cederberg Law by calling 303-499-0449 or email our firm using the form at the side of the screen.