Skip to content
Home/Crib Bumpers Should Be Banned in the U.S., New Study Urges
Previous Next

Crib Bumpers Should Be Banned in the U.S., New Study Urges

Crib bumpers have killed about three times more infants in the U.S. than was previously thought, according to the findings of a new study published in The Journal of  Pediatrics.1 In fact, these researchers have found that, since 1985, at least 77 infants have been suffocated by crib bumpers.

And now they are urging regulators at the Consumer Product Safety Commission (CPSC) to take action to ban crib bumpers in the U.S.

Background on the Study 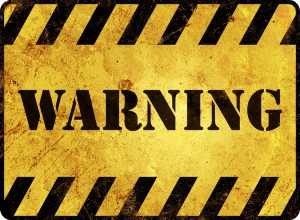 In evaluating the rate of crib bumper-related deaths over the past three decades, researchers analyzed reports stored in CSPC databases. While the found that 77 – not 27 – infants have been killed by crib bumpers of the past 30 years or so, they also reported finding that:

These findings resulted in researchers recommending that, “CPSC ban traditional crib bumpers for sale in the US quickly. Preventing bumper deaths and injuries will only be possible if traditional bumpers are removed from the marketplace at the national level.”

Do you think researchers are right about their call to ban crib bumpers? Let us know what you think on Facebook & Google+

If you or a loved one has been hurt by a dangerous or faulty consumer product, contact a Denver personal injury lawyer at Cederberg Law to find out more about your best options for financial recovery.

Since 2011, our esteemed legal professionals have been successful at securing results and compensation for people who have been seriously injured by negligence, and they are ready to put their experience and skills to work helping you.

To meet with one of our lawyers at no cost or obligation to you, call us at 303-499-0449 or email us using the form at the side of the screen. In addition to offering free initial consults and contingency fee options, our lawyers make hospital visits to ensure that you have access to the legal support you need – whenever you need it.