Continuing from where Colorado Hit-and-Runs: 6 Facts to Know (Pt. 1) left off, here, we’ll resume this discussing by reveal a few more important facts you may need to know about these types of traffic accidents. 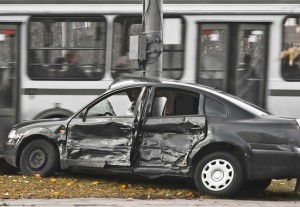 This fact about Colorado hit-and-runs may be disconcerting to the victims of these accidents, but it is, nevertheless, true. In fact, as the Denver Post reported last year:

What may be just as concerning to the victims of hit-and-runs are the facts that:

Fact 4 – Regardless of the disposition of criminal hit-and-run cases, victims can still pursue justice in civil court.

Although the above fact about Colorado hit-and-runs can be disheartening for the victims of these accidents, it’s crucial to understand that the criminal justice system is not the only recourse for justice in these cases. In fact, when the drivers who cause Colorado hit-and-runs are identified, regardless of how the criminal case unfolds, a civil case can also be filed against these drivers, and these civil cases can result in far more favorable outcomes for the victims of hit-and-runs.

Here, we also want to point out that, when it comes to obtaining compensation after Colorado hit-and-runs:

Don’t miss the upcoming conclusion to this blog series for some final important info to know about Colorado hit-and-runs.