Skip to content
Home/Colorado Has the 3rd Most DUI Arrests in the U.S., New Study Reports
Previous Next

Colorado Has the 3rd Most DUI Arrests in the U.S., New Study Reports 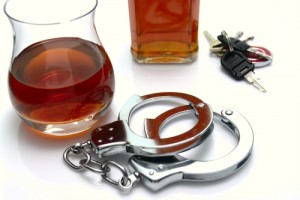 Our Denver car accident attorney discusses a recent study that found that Colorado ranks third for the most DUI arrests in the U.S. Contact us if you’ve been hurt by a drunk driver.

Researchers at Project Know have recently published a study ranking every state in the U.S. according to the number of DUI arrests made in that state in 2013 (the most recent year for which data is available).

Based on data from the FBI, the findings were that Colorado ranked third for making the most drunk driving arrests in the nation in 2013, putting it just behind North Dakota and South Dakota, which respectively ranked first and second.

Although Project Know conducted this study to try to better allocate its addiction/alcoholism treatment resources, its findings may have some broader impacts, particularly when it comes to future DUI prevention and enforcement efforts.

More on the Findings…

According to researchers, in 2013, there 63 DUI arrests made in Colorado for every 10,000 licensed drivers in the state. While these numbers do shed some light on the extent of impaired driving and enforcement efforts in the state, critics of this study have been quick to point out that the study:

Although there were some clear limitations to this study, the bottom line is that DUI enforcement efforts are important and that some states may need to step up their efforts to better protect law-abiding motorists on the road.

In fact, as officials at the National Highway Traffic Safety Administration (NHTSA) have pointed out:

What are your thoughts about the findings of this study? Are you surprised to learn that Colorado is a leader in DUI arrests in the nation? Share your comments and opinions with us on Facebook & Google+.

If you or a loved one has been hurt by a drunk driver – or in any type of car accident, contact a Denver car accident attorney at the Cederberg Law to find out more about your best options for financial recovery.