Skip to content
Home/Brain Injuries for People 55 & Up Can Increase Risk of Dementia, New Study Finds
Previous Next

Brain Injuries for People 55 & Up Can Increase Risk of Dementia, New Study Finds

Sustaining brain injuries after the age of 55 may lead to an increased risk of dementia, a new study published in JAMA Neurology (the Journal of the American Medical Association) is now reporting.

This study, which was based in California, involved identifying more than 164,000 individuals who were 55 or older, who had brain injuries, and who had been to the ER or stayed in the hospital to treat these brain injuries. Researchers followed up with the study’s participants periodically throughout the course of the study to track whether or not they were starting to exhibit any symptoms of dementia.

Findings of the Brain Injuries and Dementia Study 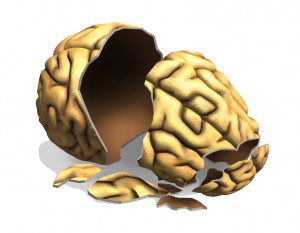 A new study published in JAMA is reporting that there may be a link between sustaining brain injuries after the age of 55 and having an increased risk of dementia.

Here’s an overview of the major findings of this study:

Given that falling often causes brain injuries – and that people older than 55 years old are far more likely to suffer serious falls (than younger individuals), these findings regarding brain injuries and dementia may be critical to starting to pinpoint some ways of limiting the risks of developing such serious cognitive complications later in life.

While researchers who have overseen this study are cautioning the public against seeing a causal relationship between suffering brain injuries and developing dementia, they have explained that more research needs to be conducted to more fully explore the relationship between these two cognitive impairments.

If you or a loved one has sustained a traumatic brain injury as the result of someone else’s reckless or negligent behavior, contact a Denver brain injury lawyer at Cederberg Law by calling us at 303-499-0449 or emailing us using the form at the side of the screen.