Are ‘Invisible’ Cars the Future of Vehicle Safety Technology?

Have you ever been stuck behind a large truck, unable to see around it? Or have you had to quickly get out of the way of another driver who failed to check his blind spots? 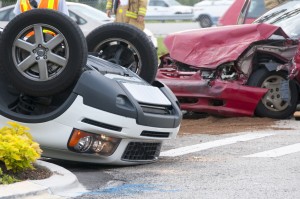 Most seasoned drivers have been in at least one of these situations on the road. And, while such risky situations can increase the chances that a traffic accident will occur, they may not present problems for motorists in the future, as researchers in various parts of the world are working on developing ‘invisible’ vehicles.

These so-called ‘invisible’ vehicles are equipped with various cameras and monitors that can provide real-time views of what is going on in the regions that drivers cannot directly (or easily) see. The idea is that, by giving drivers better views and allowing them to be more aware of their surroundings, they can make better judgments behind the wheel. This, in turn, could end up preventing traffic collisions and, ideally, saving lives.

A Look at the ‘Invisible’ Vehicle Research Work

Among the most prominent work being done to develop these ‘invisible’ vehicles is research being conducted by:

Not All Are Convinced ‘Invisible’ Vehicles Are the Solution

While the notion of letting drivers “see-through” cars is as interesting as it is innovative, some are concerned that this may not be the best focus for developing vehicle safety technology. In fact, some critics have noted that additional monitors and such ‘transparency’ may end up having the reverse effect, causing more accidents.

These critics have explained that, with such ‘invisible’ vehicles, it’s quite likely that drivers will become more distracted behind the wheel and, consequently, end up having an increased risk of being in a collision.

What do you think about the idea of ‘invisible’ vehicles? Do you think they’ll promote or reduce public safety on the roads? Sound off on our Facebook & Google+ pages.